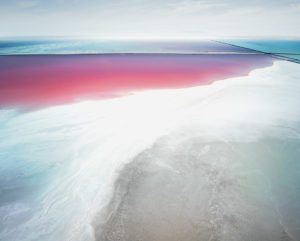 Art Gems thanks Leeanne Weld Kostopoulos, Johnston & Daniel Division for generously committing to a matching gift equivalent to the hammer price of this lot, up to a maximum of $3,500.

David Burdeny’s background in architecture and interior design is evident in his photographs, which reveal a strong sense of structure, horizon, balance and space. Whether focused on ordinary spaces or iconic settings, Burdeny’s photographs occupy an artistic middle ground between the physical and the atmospheric, the concrete and the spiritual, the actual and the idealized. They represent not strictly what he found, but also his personal experience of these enigmatic and luminous locations.

Burdeny’s photographs have been featured in numerous solo and group exhibitions in Canada, the United States and throughout Europe. His work has been widely published, including in Canadian Art, PhotoLife, Elle Décor, Casa Vogue, The Guardian, the Corriere Della Sera and the Moscow Times. He is the recipient of many awards, including the prestigious Landscape Photographer of the Year at the Lucie Awards in New York City in 2008, and more recently

the International Nature Photographer of the Year in 2016 for his series Salt. Burdeny is represented by Bau-Xi Gallery in Toronto.